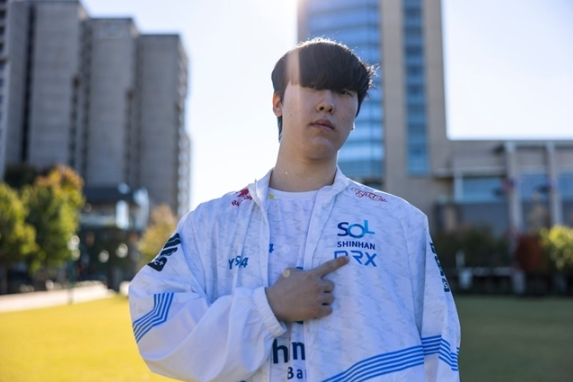 Zeka Kim Gun-woo said, “Faker, you’re a good player, but you can win.”

“I think Faker is a very good player. But I can win enough.”

DRX won 3-1 against Gen.G in the second round of the semifinals of the 2022 League of Legends World Championship (hereinafter referred to as the 2022 LOL World Cup) at State Farm Arena in Atlanta, Georgia, U.S. on the 31st. Korean time. “Jeka” Kim Gun-woo, who visited the press room after the game, expressed his thoughts.

In his victory speech, Kim Gun-woo said, “I think it’s a drama without a script and I don’t think the drama will end,” expressing his ambition to make an upset again against T1.

Zeka, who showed a great performance against defending champion EDG’s “Scout” Lee Ye-chan in the quarterfinals, also showed excellent skills in the semifinals against “Chovy” Jung Ji-hoon. Kim Gun-woo said, “In the first set, I made a lot of mistakes because I was nervous. “From the next set, I played well with my confident banpick,” he said, explaining why he was able to show good skills.

Zeka next and final opponent is ‘Faker’ Lee Sang-hyuk, the best mid-liner of all time. “I watched the T1 game and I thought he was a very good player. But I think I can win enough,” he said, expressing confidence.

If he wins the T1 match, he also promised “Galio Cosplay.” “I think it’s more meaningful because I beat Gen.G in the match for the finals,” Kim Gun-woo said, adding, “If I win the final, I’ll try to dress up as Gallio.”